The training of that day was the toughest since the start of the championship! Everything was to our full potential: the heating and physical training part, the development of technical skills and the game itself, where the tactical schemes were insisted. The coach and his coach were red like the fire, he had rushed out of us and had argued that they were unmitigated! As my captain of the team, I grabbed the blows of the two, taking on me the mistakes and the weakness of my colleagues. I am trying to resolve the revolt that started to start in the team's brains, bewildering and frustrated. We overcame the usual training time and we were all exhausted.

Finally, the coach stopped training, and we hurried to the locker room. Once there, I crashed out of my seat in front of my closet. Cosmin, a healthy flame, who was recently teamed up, lengthened out on the bench beside me.

I was not fresh anymore! We trembled from every fiber of my muscles **** I was able to murmur no consolation response. I've known Cosmin for a while, and he was not like being open and communicative. It was as if he had the task of attaching himself to our gang. However, we have teamed up with a lot of warmth and enthusiasm, glad to complete our lot with such a valuable player, an innate striker, a real brilliant!

Still breathing hard, like a racing horse, I turned to him to look at him, while the rest of the boys were beside us in the non-disposing locker room. and going hurrying to the showers. I wanted to ask him if his old coach was as tough and demanding as ours, when I noticed that the poor boy really was K. O. I even thought he might asleep exhausted by the effort. Concerned, I approached him, feeling responsible for my teammate's status as my captain. He was sweating, and his face was red like the fire.

- Cosmin, what's wrong with you? To bring you some water?
- No, I do not think it's necessary. I'll be back.

The rest of the guys did not realize what was going on, and everyone was preoccupied with getting out of there. Almost everyone was in the showers and made an indescribable crack. After the training effort and the reproaches of the coaches, they felt the need to relax. I decided to bring them a glass of water, though, if he had refused me at first.

I walked into the bathroom, where there were some sinks. Of course, I did not find a glass. Around me, boys in bare skin were unloaded from stress and harbored, making the most stupid games, starting from wet towel blows, to the mutual amusement. I got out of here completely wet, because I had not gotten out of it yet, without a problem.

Nervously, I began to crawl in the locker room, looking for a glass. I found everything, city clothes, backpacks, dirty and sweaty equipment, dirty stockings, sports shoes that could break your nose, cigarettes, magazines and pictures ****, condoms, all you wanted, less a glass . We reached Cosmin's closet and, to my surprise, I found a set of disposable glasses.

I quickly took a glass and went over to the sink to fill it with cold water. I returned and generously gave Cosmin. He stood up in a wound, addressed me with an anguish, took the cup out of my hand, and began to drink with small sips, as if he had a strangled throat. I looked at him with great care. Adam's apple slid in the rhythm of his swallows, and I noticed he had a vanity neck with strong and prominent veins. His eyes looked away, as there was a misunderstanding between us.

- Cosmin, I think it would be better for you to break! You'll be cool again! Here's hot and the muddy, from the steam to the showers.
-
He lifted his eyes to me, looking at me as though he was, then lowered them without touching his clothes. In silence, he dropped the glass of water on the floor and lay back on the bench. It seemed like he was breathing more regularly. Around us, the boys came in, coming from the showers, their wet hair hanging in disarray, and the vanity bodies wrapped in the middle with towels. Most of my colleagues already had hair on their chest and on their feet, still wet, leaning against their muscular bodies, giving them a particularly vivacious air.

Cosmin seemed to come back, so I went to my place to strip the equipment. Opening the closet door, my friend's picture fell down. I'm an incurable romantic! I always enjoyed taking my last love picture, even in the locker room, like a good luck talisman.

We have been with Simona for over six months. We spent together particularly beautiful and dear moments. The world sees us as a perfect and wonderful couple. We were both handsome, athletic and, without exaggeration, very good at learning. Most of our high school colleagues admired us, even though there were many who secretly envied us. While I was a brown-haired brunette guy in the Italian genre, Simona was a blonde blonde like Scandinavian. I did intensive sport, even in small classes, which allowed me to develop a beautiful and harmonious muscles, but she also had a gorgeous body because she was practicing a 5-year-old.

In addition to me, Matthew, who cast me the picture from my hand, commented wickedly:

- I hope, at least with her, you'll have some fun! I think tonight, you're going to be shooting!

Matthey fed with his middle finger, a common and obscene gesture, moving forward, before collecting it from me. Matthew was not a bad boy, but it was harder. And he was repeated twice, and that's why he was bigger than us, being the tallest and most solid of the batch. He was the "bear" of the team and used it in defense as a closing midfielder. With all his impressive physique, he seems to have only a grain of mind. However, I was really excited about it, because it made us laugh and was somehow the team mascot. 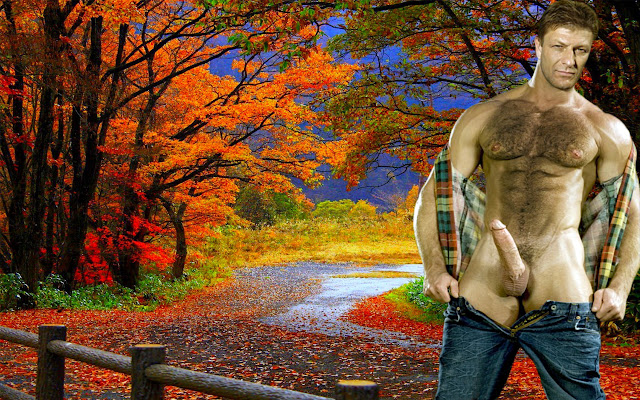 I cursed him, no harm, knowing who I was dealing with. Then I put in a picture of Simone, in the improvised frame on the inside of the door from my closet. Rand, my colleagues left the locker room, and finally I was alone with Cosmin. I started to get up and I took off my sweat shirt, wet sweat and splashing shower. I felt a slight shoulder pain, so I started massaging it. I was particularly proud of my body, my physical shape, and my constant effort to maintain them. Although I was in the last year of high school, being busy with learning, preparing for ferry and college, I broke up early and went to the stadium at the gym, at least three times a week. While I was on my shoulder, I turned my head and saw Cosmin sitting on the back of his bench, my eyes staring at me. It was no longer red and looked better. Suddenly he stared down and began to rise and sweat again. I was worried again. - Cosmin, how do you feel better? - IMH! Quiet, I went back and continued the breakout. I got rid of boots, leggings and defenders, and then I dropped my gear, I only stay with the jockstrap. Feeling my gaze again, I turned my head and I stared at Cosmin with a dazed eye, staring at me, swallowing as if hypnotized by my image. - Hey, Cosmin! Why have you been so stunned? Has he seen boys with well-worked body? Hell, there are others, even in our team, much nicer and better done! Everything is a matter of physical exercise and constant training! Cosmin did not answer me and embarrassed her head down. - Besides, I'm convinced that you look just as good, considering how much you've done and done! Encouraged by my colleagues' previous play, and desiring to turn to tension and stress, I approached him and tried to undress him, pulling on his shirt that had dried up in the meantime. - Ready! Get down this, let's see how you are! Cosmin started to sue and, like ****, he left a debate **** to me. Immediately before my eyes, a splendid, sculptural torso, well-shaped and abdominal muscles, and broad and massive shoulders. Surprised in my turn, I was going to pull out a scream of admiration, which I hid in the left hand with a bad joke: "Look at the flakes we have here! And he still asks his mother to go to the babe! After that, tactically, I continued to undress him: the boots, the leggings, the defenders, the kind, and at the end I lifted the cracks up to get his wet sweaters out of sweat. - What the fuck are you doing here? Where do you think, brothel? Why did not you take your home yet? Being preoccupied with stripping my colleague and being absorbed by the extraordinary beauty of his body, I did not notice when the head coach entered the locker room. - We're leaving now, boss! Cosmin did not feel good, and I stayed a little with him to get back. We were just getting ready to go to the shower! We help him get dressed. - Good good! Faster, the big team must come in! - But today is Thursday, boss! Today they do not have workouts after the meal! - Please, hurry, you have lessons to do! Do not say that, because of me, you did not know at school! The coach turned left and disappeared without saying anything. I walked past my closet, took my jockstrap down, took my bath and bath, and headed for the showers. I went to the first shower, I let go of the water and started shaking my head with shampoo. After I rinse well, I opened my eyes again and saw him through the water scum, the front cabin, Cosmin. He stood still and looked at me again hypnotized, with his thoughts and his penis. - Hey, Cosmin! Are you still here? What do you think so deeply? Cosmin jerked as if awake from sleep and suddenly turned back to me, trying to hide his penis. It was my turn to fall in admiration. The boy had an antique statue body, perfectly proportioned, with beautiful and well-shaped muscles, a smooth and clean skin, no spots, no signs or hairlessness. And his buttocks, over which the water was very seductive, were muscular and firm, round and bulging outside, continuing with elongated and powerful thighs. - Maybe, okay, you cool! I think you got them in the hall, do not you! Besides, your whole body, which is wonderful, demonstrates that you have worked for a long time in the gym! Cosmin continued to sit back with me and silence. Then I noticed that his shoulders jerked and heard some discrete sighs. To convince me, I approached him. - What happened? What's with you, Cosmin? I grabbed my shoulders and turned it over to me. Annoyed, Cosmin covered his eyes with his hand and sighing, he responded through the tears: "Ionut, I ... I ... I'm gay! You **** hit me like a laugh. I was stunned. Cosmin continues ...
Posted by ErikPytar at 1:22 PM